“Each location in a film is the ‘other actor’ an audience pays to see.”
– William Wyler. Director and winner of three “best director” Oscars.

Entitled “Lights, Camera, Location,” this new and original production showcases the exact locations where great Hollywood movies were made. Each episode features a different film classic.

“Lights, Camera, Location” is a fun and exciting blend of “Hollywood glitter,” travel and film history. The family-oriented content will appeal to anyone who appreciates great cinema and the stars of the golden age of movies.  ”Lights, Camera, Location” takes the viewer to the very locations where famous and recognizable movie scenes were filmed.  Each stop begins with the respective clip from the movie.  Along with our co-hosts on location, our host, Cecilia Peck, shares “up close and personal” interviews with the stars, cast and crew, and folks who were close to the production.  It is from their first-hand accounts and recollections that the audience will learn the inside story about how the actors approached their roles, behind the scene anecdotes, and why and how that particular location was used for the movie. The show is further accentuated by interviews with local experts, tour guides, academics or property owners who delve into the rich history of the location and information about its current use.

Our on-camera talent may even be seen catching a ride on a vintage B-17 bomber, running through the archway of the Palais-Royal in Paris (just like Audrey’s “Charade” scene), or enjoying a gelato from the very shop where the movie characters first met.

“Hard-to-get” interviews and unprecedented access are hallmarks of the “Lights, Camera, Location!” entertainment experience.  Imagine traversing nearly seven months of bureaucracy at the Department of State, including assistance from your Congressman, in order to secure permission to film at the United States Embassy in Paris!  We also overcame language barriers as we sought permission to film in the ancient Basilica in Rome where the “Mouth of Truth” is located.  It is also not a simple process convincing the British Ministry of Defense to allow us access to the now-closed airfield where the Memphis Belle aircraft was stationed during WWII.  All this and much more is just part of how our show delivers the most exciting and exotic movie locations in the world! 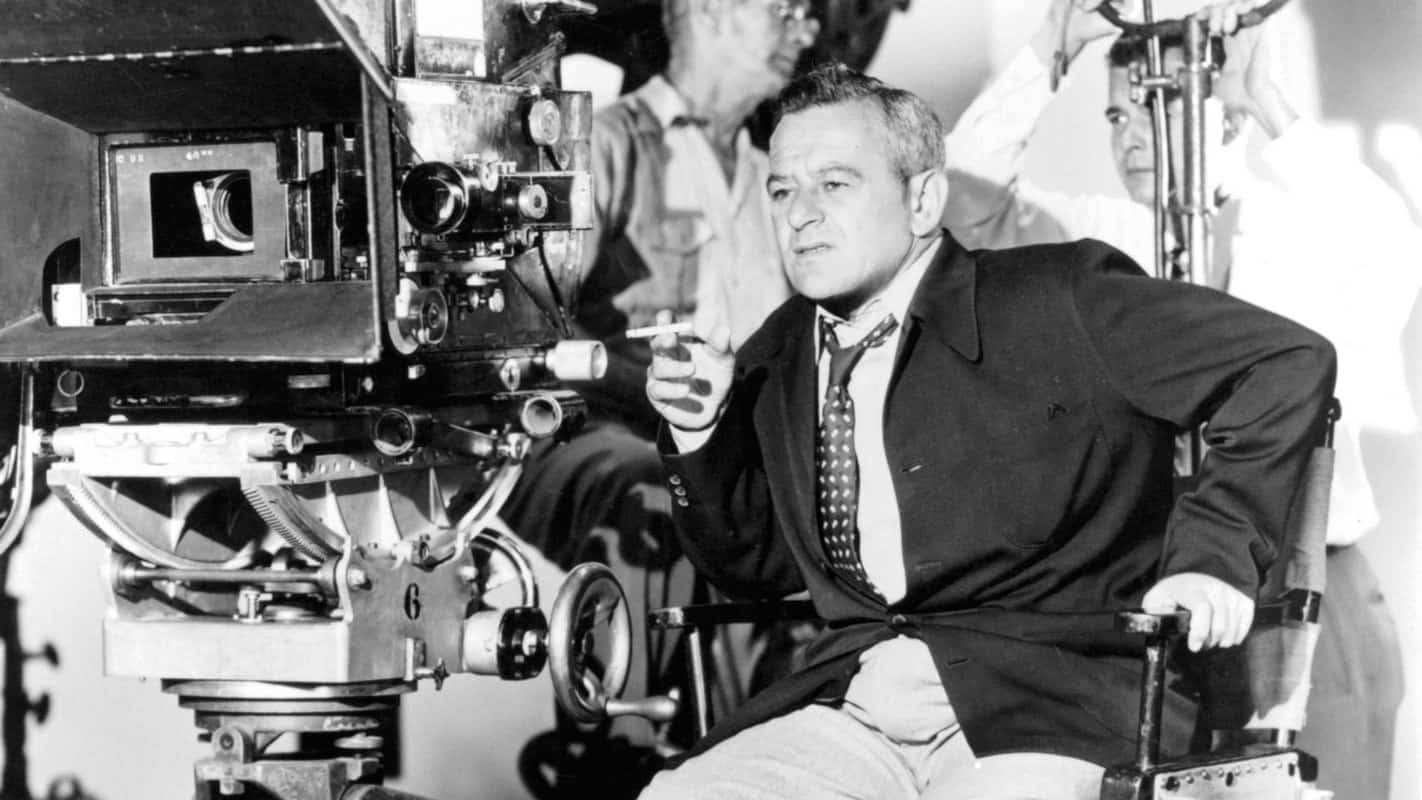 In order to make a blockbuster entry into the television line-up, “Roman Holiday” starring Audrey Hepburn and Gregory Peck was chosen for the pilot episode.  To that end, our crew traveled to Rome, twice, to shoot the primary scenes.  Arguably, Rome provides some of the most beautiful, romantic and historical locations in the world.  While there, the crew filmed an interview with Audrey Hepburn’s son, Luca Dotti.  Luca opened his home to the “Lights, Camera, Location” cameras and shared thoughtful, personal insights about his mother and her amazing career as one of Hollywood’s most talented and stylish stars.  Likewise, our crew traveled to San Francisco and Washington, D.C. where we shot interviews with Judy Wyler Sheldon and Catherine Wyler, daughters of “Roman Holiday” director, William Wyler.  Their stories and insights are priceless.  For example, Judy gave us the scoop about how her father made Audrey Hepburn cry in order to shoot the romantic, yet heart wrenching, “goodbye” scene with Gregory Peck.  Being a relatively inexperienced actress, she couldn’t cry on cue.  Mr. Wyler started to yell and scream and accused her of letting everyone down.  Audrey burst into tears, at which point, he started the cameras rolling.  Pure gold was captured.  He later apologized and confessed to his method.  Nonetheless, this milestone cinematic moment was but one scene that helped propel Audrey Hepburn to win the Oscar for best actress of 1953.

In order to complete our pilot, an interview with Gregory Peck’s daughter, Cecilia, was filmed in Los Angeles. A warm, friendly and articulate lady, Cecilia shared even more stories of her father’s work on the film and the depth of his life-long friendship with Audrey Hepburn. In some ways, “Joe Bradley” and “Princess Ann” really did end up together!

It was from this meeting that Cecilia was captivated by the theme of our show and ultimately recruited as host. 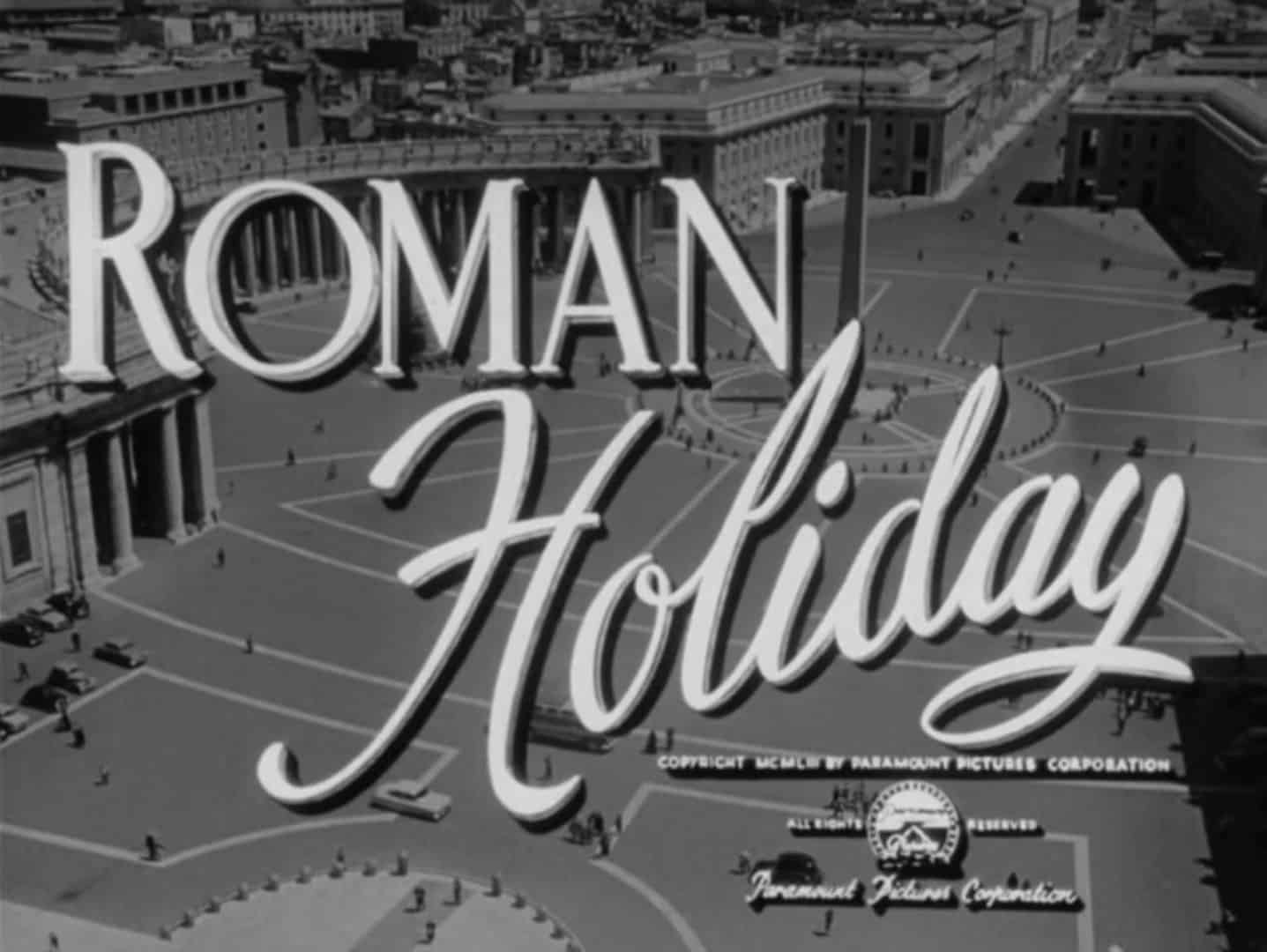 Lights, Camera, Location! is extremely pleased and excited to have Cecilia Peck as our primary host.  In her new role, Cecilia will join our “location co-hosts” and guide our audience through the many fascinating elements of where, why and how specific locations were used in Hollywood’s greatest movies.  As an accomplished actress and producer, Cecilia is well acquainted with life on both sides of the camera.  She also contributes her unequaled insider perspective as the daughter of Hollywood’s most talented, prolific and “elder statesman” actors, Gregory Peck.

Cecilia is an award winning and Emmy nominated filmmaker with credits that include the Netflix Original “Brave Miss World,”  “Shut Up & Sing,” which was shortlisted for the 2007 Academy Awards, “A Conversation with Gregory Peck,” an intimate portrait of her father, which premiered as a Special Selection at the Cannes Film Festival, for Turner Classic Movies and American Masters. A graduate of Princeton University, she lives with her husband writer Daniel Voll, and their two children, in Santa Monica, California. 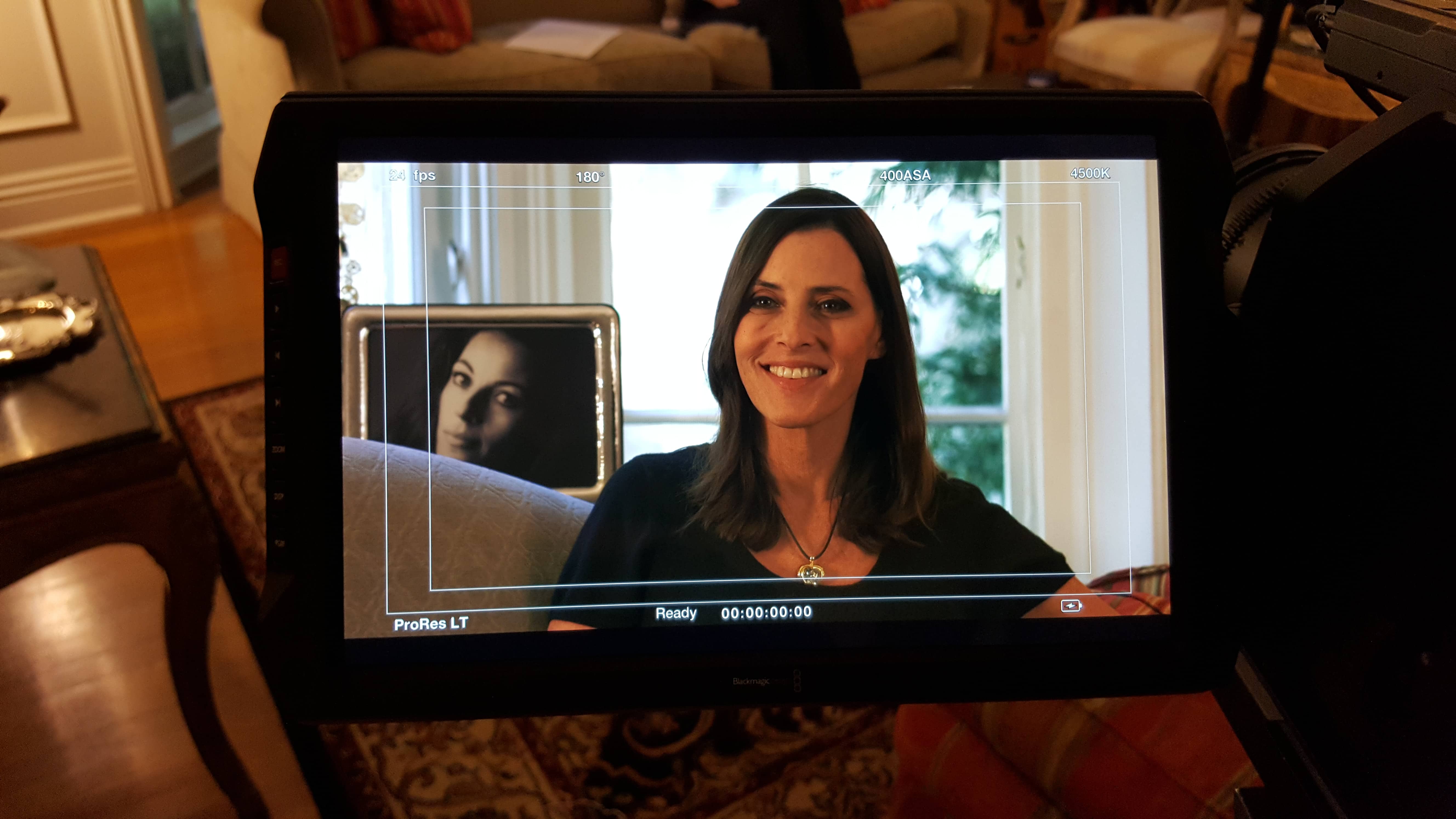 Tara Jones is an American born actress from Voorhees, New Jersey. Her love of television and film began at an early age when she created, hosted and syndicated her own talk show at the age of 15. From there, she went on to study at Florida State University and upon graduation, traveled the country as a host and reporter for major networks.

Tara ultimately chose Atlanta, the new epicenter of the film industry, as her home base, to focus solely on acting.  Her credits include “Flight,” “Need for Speed” with “Breaking Bad” alum, Aaron Paul, “Drop Dead Diva,” and “Necessary Roughness.”  Aside from serving as a national spokesperson for several fortune 500 companies, Tara earned an Emmy for broadcasting excellence in news. 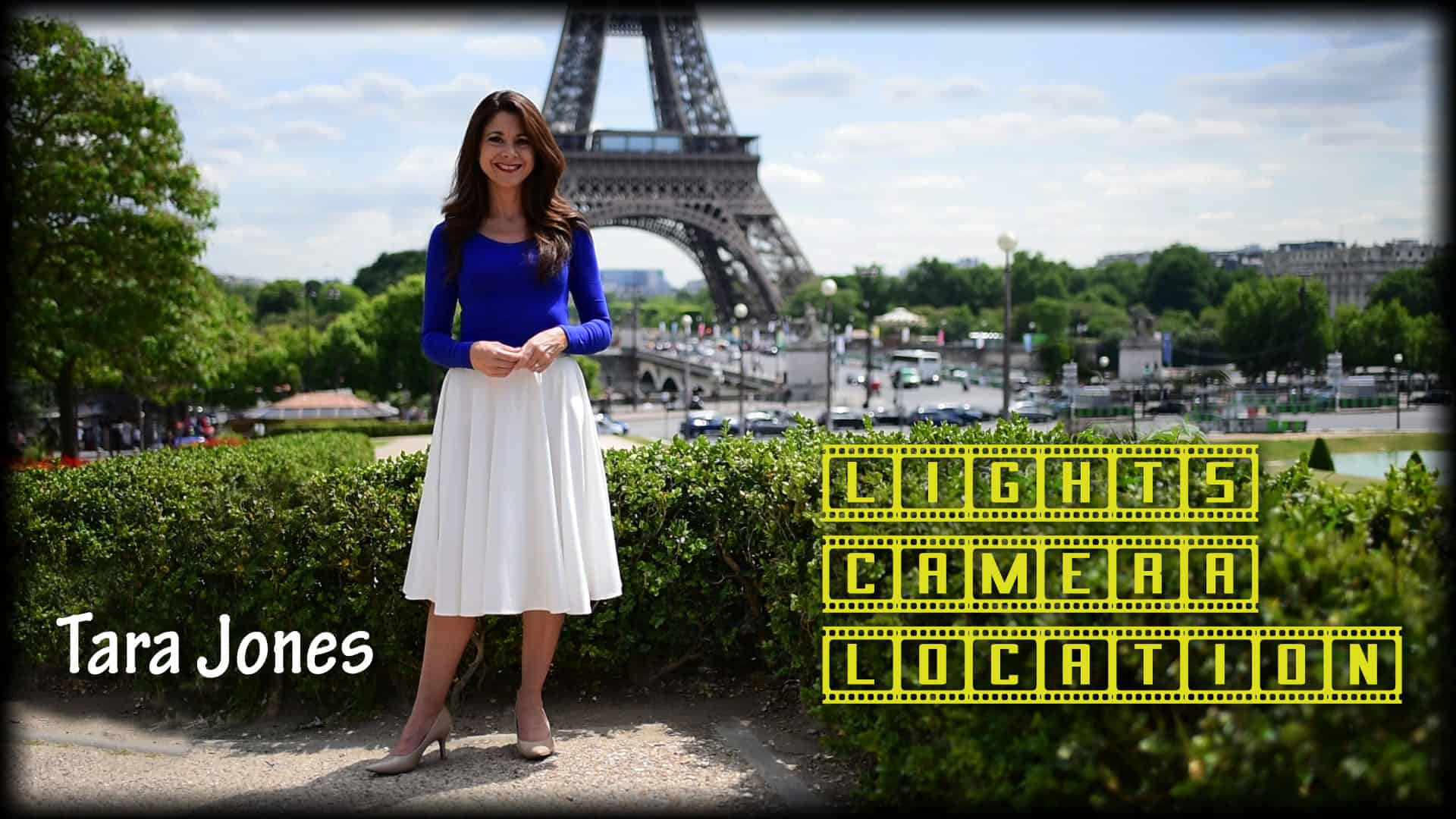 Beth Keener is an amazing acting and hosting talent.  She brings enthusiasm, energy, and a lively personality to her co-host role.  Her friendly and inviting style makes every topic interesting and something worth watching.

Since 2006, Beth has amassed more than 17 movie credits including Battlefield Los Angles and over 18 television credits spanning such titles as The Walking Dead, Drop Dead Diva and The Vampire Diaries.  And yes…her character was eaten by the zombies in her Walking Dead episode!

Beth’s love of classic movies, travel and interacting with fascinating people is what drew her to Lights, Camera, Location.  She’s so good, she was one of the top three finalists, nation-wide, in the Live with Kelly daytime talk show’s host for a day contest.

Like Tara, Beth resides in Atlanta in order to be closer to the City’s  growing production industry. 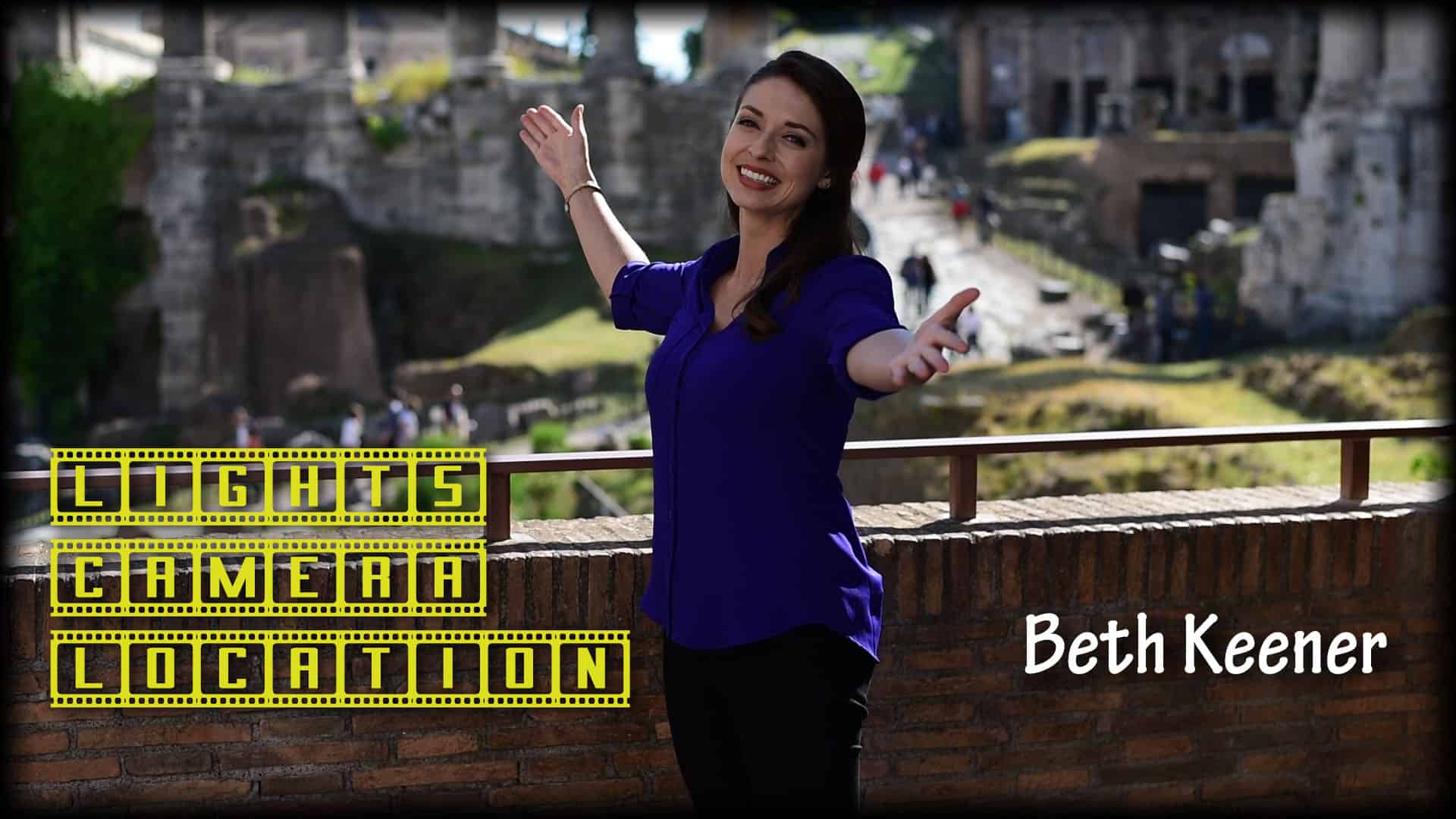 While he says he has a face made for radio, Executive Producer, Ted Rouse “pinch hits” in front of the camera – but only when needed.  In the “Memphis Belle” episode, Ted steps up to cover the “point of view” flight in a vintage B-17 Flying Fortress bomber.  We didn’t want Tara’s claustrophobia to kick in at 10,000 feet! 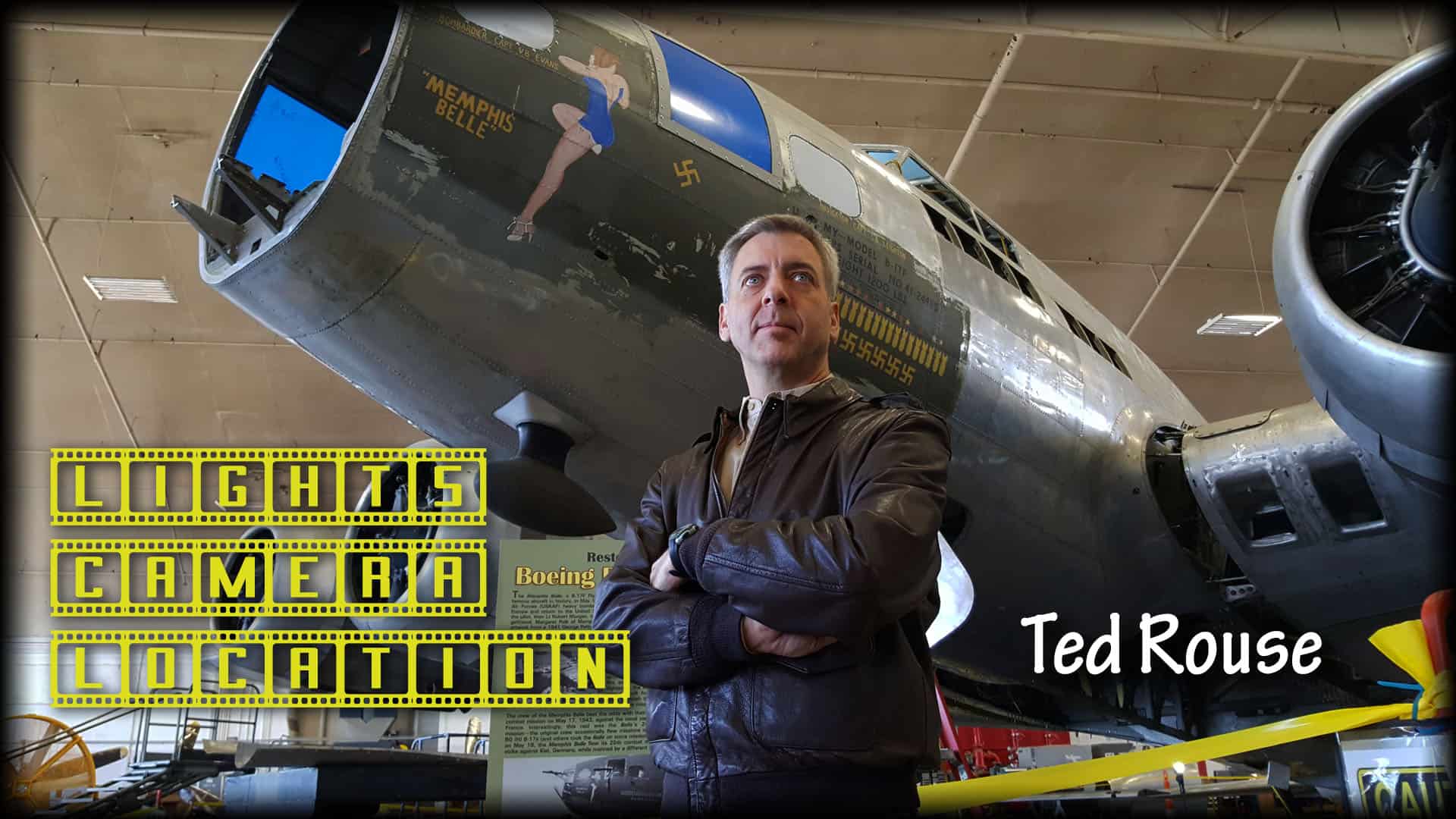 Ted Rouse made his first film at the age of 13 using his father’s 8mm movie camera.  He affectionately refers to that early work as “the great World War II epic of all of three minutes.”

A self-professed “movie nerd,” Ted conceived the idea of Lights, Camera, Location during a family vacation to Europe.  Since it was his turn to plan the trip, the itinerary intentionally included places which were used as locations in some of his favorite movies.  As he sat on the patio of the historic Grandhotel Geissbach in Brienz, Switzerland, which was used in The Band of Brothers, he thought, “If I enjoy visiting these beautiful and exciting film locations, maybe others will too.”  Upon returning to the United States, Ted formed Rouse Program Entertainment, LLC and Lights, Camera, Location! was born.  For Ted, the show is a dream come true and provides the perfect opportunity to meet the “cinematic hero’s” of Hollywood’s golden age.

With more than 30 years of experience in television broadcast production, Ted’s credits include thousands of hours of programming, thousands of commercials, and hundreds of hours of live content.  His work has been seen nationally on The CBS Evening News, ABC’s Good Morning America, Fox’s Funniest People, The Montel Williams Show and even The David Copperfield Magic Special.

Ted recently teamed with Catherine Wyler, the daughter of Hollywood director, William Wyler, to produce a comprehensive documentary about her father’s journey from his humble origins in Mulhouse, France to a career that included three Oscars as “best director.” The Turner Classic Movie (TCM) channel “picked up” the program which will air in early 2023.

Ted is also an unabashed “academic nerd” and holds a Bachelor’s Degree in Business Administration and a Master’s in Public Administration. 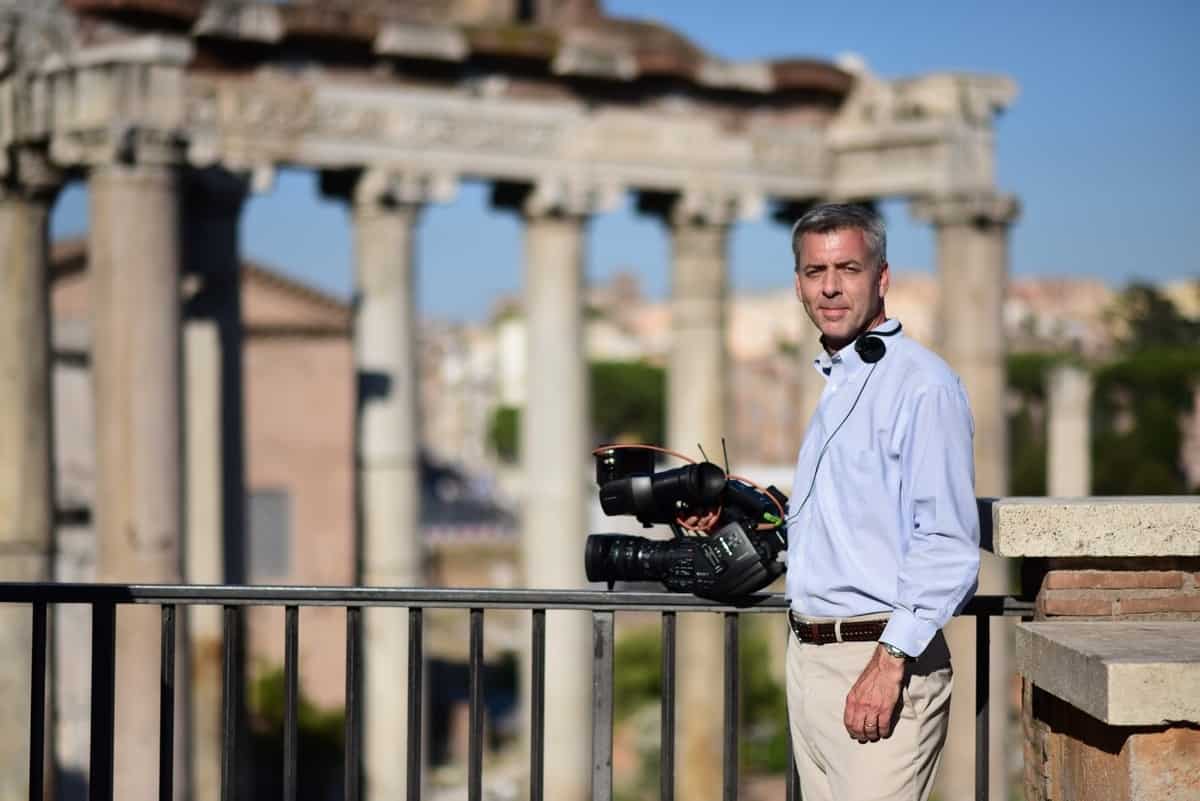 What is the length of each episode?

Each Lights, Camera, Location! episode is “open ended” in length and typically extends past one hour.  Given today’s streaming, mobile and internet media options, programs are no longer restricted to 30 or 60 minutes.  This freedom allowed the producers to tell the “whole story” which also parallels the way in which movies are made.  Likewise, if a broadcast network elects to run Lights, Camera, Location!, it’s much easier for our producers to shorten it rather than making it longer.

In what format is Lights, Camera, Location! filmed?

What titles comprise season one?

Please refer to the “Season One” page here.

When will the pilot be completed?

When will "Season One" be complete?

The producing is on-going with each episode in different phases of production.

How many film locations will be highlighted during an episode?

We generally like to visit at least four of the primary locations from the showcase movie. We also enjoy sharing the locations that might not get a lot of “camera time” in the movie but are equally interesting to visit.

Does the show reenact movie scenes?

Oh, no!  We won’t challenge perfection.  However, we will mimic camera angles to show our viewers the perspective in which the location was originally filmed.  This helps to capture the mood of the movie as our host highlights a film location.

Aside from lending their time and fascinating perspectives, the Dotti, Peck and Wyler families extended an amazing gesture to the “Roman Holiday” pilot episode of Lights, Camera, Location!  In this special program exclusive, they opened their personal collections to share rare, never-before-published photos.  These pictures range from family snapshots to those taken on break during the production of the movie.

Also included in the pilot is a recent discovery from Audrey Hepburn’s personal archives that can only be described as “pure Hollywood gold.” Across three pages of fading ink from a manual typewriter are personal memories of working with Audrey Hepburn on Roman Holiday written by none other than Gregory Peck. Cecilia, herself, reads this rare and epic document as a special treat for our viewers.   We wish to thank Luca Dotti for sharing this incredible piece of cinematic history.

If you want to see the pictures or hear Gregory Peck’s fascinating recollections, you’ll have to tune in to the very first installment of Lights, Camera, Location!